Need a Tackle FIX?, This is the Place
Post Reply Previous topicNext topic
5 posts • Page 1 of 1

Shimano's NEW TranX Reel, the ultimate "low profile" casting reel. It's been all the buzz, in the world of reels.

And, Shimano's largest, and fastest CURADO. The 300EJ is also awesome.

For a long time, we as anglers have had many choices when it comes to what reel to buy. But since I'm a saltwater fishing guide, who specializes in "light tackle" inshore fishing in Jacksonville, Florida. I'm going to talk about saltwater, and review the newest and a few of the older Shimano brand bait casting reels.

Years ago, my arsenal included pretty much all Abu Garcia ambassador reels. Round Bait Casting reels. The Abu Garcia's have been around forever, and I always refered to them as the "Timex" of casting reels. The round design stems all the way back from the first casting reels. It was proven, it worked, and really no one gave the reels design, a second thought.

Then, came the Japanese manufactures. And I believe, because of the growing popularity of bass fishing in Japan. They found a more comfortable design. When all you do is stand and cast lures all day long. The emphasis then, and now, is lighter, stronger, and more comfortable.

I'm not a bass fisherman. But a good 3/4's of what comes into the tournament bass fishing industry, can equally relate to saltwater world as well. Especially when you're talking coastal, inshore fishing for species like Redfish, Speckled Sea Trout, Flounder, and so on.

Texas anglers who wade fish the shallow bays were the first ones to really seem to gravitate towards the lighter, more comfortable casting, of the low profile bait casting reels. Some of the first ones were the Shimano Bantams, and Lews Speed Spool.

If you hold your hand out, pointing your thumb out straight. That curve between you index finger and your thumb is where a low profile bait casting reel fits. Yeah it sounds stupid, but being that the reel is "tear-drop" shaped, has a lower profile, isn't round, is what makes it fit in your hand nicely and more comfortably.

A low pro reel also sits low on the reel seat of your casting rod. Todays reels feature a gear case that is "under slung" and has always reminded me of the way a Corvette sits over the four wheels. When you're in the Corvettte. Your lowest half is actually lower than the middle of the tires and wheels. That's what I mean by the reels gear case being "under slung". They accomplish this by bring the gears along side the reel seat of the fishing rod.

Today, companies like Shimano are at their top of the game. With low pro bait casting reels like the Chronarch, and the Curado models. These reels are easy "cross-overs". They can kick fish butt in freshwater, and as equally well in saltwater. They come at a premium price though, with a larger model that holds 200 yards of line or more being in the $150-$250 range.

One thing that an old Abu Garcia did, was make you as a bait casting reel angler, have an educated thumb. Knowing how much pressure to produce on a cast to not backlash the reel or as some people call it, "birds nest" the spool. I call it a "professional over run". The only way to adjust an old Abu Garcia Ambassador was to add tension to the spool, via the cast control knob, located on the handle side of the reel, on most Ambassadors.

Today, there is magnetic controls and even a magnetic control is sort of "out dated" in my opinion. The force of the magnetic field when the magnets get closer or further away from the spool is what helps control the inertia of the spool spinning, on a cast to help slow the spool.

Reels such as a Shimano Curado uses a weight system, and the cast control knob on their Curado reels, along with the rest in their low pro inventory. And the ingenoius way to open the non-handle side of the reel to adjust the weight control system is probably if not the best, of all low profile reels out there. Flip open a small handle, turn the cam, and the non-handle side, side plate opens. It stays attached so you don't drop it over board also. Move a few weights up and down on the patented sytem, and you're done.

Reels such as the Curados are made from better materials than the cheaper reels just like it. Featuring aluminum frames rather than graphite, which keeps flex down , when hooked up to somebody large and mean. That's why these can cross over to the saltwater world so easily.

A low profile reel from Shimano, such as the Chronarch or Curado models are easy to keep clean. The low profile design lends it self to less places for salt and grime to hide, in my opinion. Nothing more than a damp towel at the end of the day is all that's needed, besides regular maintenance intervals.

Bearing systems on these reels are have very tight tolerances, which make for a tight feel at the handle. And in today's reels, the gear ratio of handle turn to spool turns (retrieving) can be as much as 7:1. That's fast! But can lack power.

Drag systems on the Shimano reels are about as good as it gets. Shimano has long been known for silky smooth drags when you have a big fish pulling on light line. Back in the day, the "jerk, jerk" of the drag when a big fish decided to take off to the next county was something we just all put up with. Not anymore.

Pretty much all good bait casters have decent drags. I'm very partial to Shimano's though. They stay smooth after years and years of my customers using and abusing my reels.

The absolute kicker to the whole story about Shimano reels is that they saw that "we" all love low profile bait casting reels in the saltwater. And pretty much made the Curado 300DSV for that purpose. I have several. They were larger and powerful reels that have easily caught fish Redfish over 40 pounds, and can catch much larger. Such as Tarpon, and Sharks.

Well folks, they were satisfied with just that. The Shimano 300DSV evolved. And along came a color change from silver to green (the retro Curado color of years ago) and now the slightly more compact, and lighter 300EJ came out. This reel is super bad! Meaning fantastic! And it comes with a big power handle.

But again, Shimano doesn't sit and wait for other's to out do them. And introduced this year, the Shimano TranX. Built as the largest, most capable low profile reel in the world. The Shimano TranX is a low pro bait casting reel for the true ocean angler. But the Musky guys have gone bonkers over them too.

A low profile frame and exterior, built around the proven Talica lever drag trolling reel gears, drag and handle. The Tranx sports big amounts of line capacity (270 of 65# braided line, and 400 yards of 50# braided line) I actually squeezed an even 300 yards of 65# braid on my new TranX reel.

The gear ratio of the HG model is fast, at 6.6:1. The reels handle is massive, the drag adjustment is super fine, and of course it has a monster drag capacity of approx. 25 pounds of pressure. With a full spool of line, the high speed retrieve model, equates to a massive 43 inches of line retrieve with the turn of the handle, ONCE.

Working Shimano lures like the Waxwing system is what the reel was designed for. But let me tell ya, this reel is low, sleek and so powerful it makes a coastal angler like myself want to go out and pick a fight with the baddest Tarpon, King Mackerel, Barracuda, or Shark I can find.


Unlike a trolling reel, this reel is for casting, and it does it so well you'll have to get very familiar with the cast control system and move those weights around. So not to birds nest the spool. But then again, the angler buying a Shimano TranX is not your average guy standing on a bridge chunking a dead shrimp out. This is a professional or enthusiast grade reel, for sure.

Just like the Shimano Curado EJ, these are serious fishing tools. And the cost right now for a TranX reel is $500 everywhere! There is no discounts on Ebay. There is no closeouts.

But there were "waiting lists".

Nice review Dave. Who knew that you knew so many words. Guess your not out this morning. Little breeze down there? Off to the beach to drink some adult beverages and look at girls in too small a bikini.

Got plenty of that round here.

Here's my favorite (clean one)

Yes, I even got that article published on ezinearticles.com
Helps with my Google search standings, so I've read. 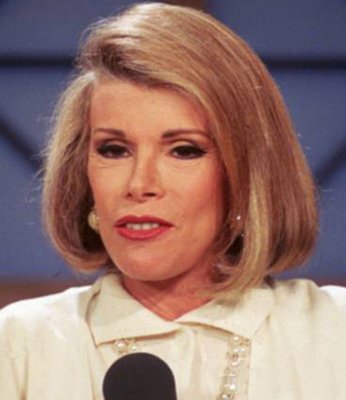 I only do what the voices in the Tackle Box tell me to.
Top

Turn around? Who needs a turn-around. I like back!