The Rogue, A River To Run.
A Christmas Story
CHAPTER 20
By 1955 Glen had been running rivers for 40 years in just about every stage of water except high flood. He had always given way to flood waters, with the twisting rolling, uprooted trees and the debris they carried. That is why the Christmas flood of 1955 was to prove a true test of his courage and skill of boatmanship. The storm started on the weekend of December 16, with snow and freezing rains falling over the Pacific Northwest. Trees toppled under the weight of the ice, and power lines went down. Mudslides stopped traffic on some highways, many airports were closed, heavy winds and up to 2 inches of rain or general over the entire area. Grants Pass was deluged with 3.07 inches, but the water crested at only 7.8 feet about noon on Saturday, the 18th.
…
On Thursday it was evident that a crisis situation was at hand. Civil defense director Lloyd Haynes, took charge of Josephine County, and what an embargo on all non-essential travel and phone calls not connected with the emergency. Eight greyhound buses with over 300 people on board were stranded when the Rogue, now at high flood stage buried the Pacific Highway under 10 feet of water at Savage Rapids Dam. In Northern California whole communities were being evacuated. All roads leading into the Rogue Valley were closed. The C and OC railroad bridge over the Rogue, just outside of Grants Pass, fell to the rivers rush. The Rogue rose to 31.1 feet, the highest since the turn-of-the-century. It had done extensive damage to Grants Pass area. Downriver, in the Lower River Road section, rescuers were using boats to remove families stranded by the flood. The governor called the National Guardsmen to duty in the Grants Pass area. The Road crested at 31.16 feet on Thursday and started dropping a little, but the small village of Galice down here from Grants Pass, was isolated because of a slide at Hog Creek. There was a bottle-neck blockage at Hellgate Canyon, causing the washout.

Fred Hale local pilot and owner of the Grants Pass Air Service, reported that on the lower Rogue, a home and the Brownell cabin at Marial had been washed away, also a cabin at Paradise Bar. Black Bar Lodge’s airstrip was gone too. By Saturday, Christmas Eve, thousands of persons had been evacuated from their homes in Southern Oregon and Northern California. The receding waters and lessening rain gave people hopes of clearing their mud filled houses and getting on with mopping up process, but reports came from the weather bureau that another storm was on its way into the area.

“When the big storm came, the day before Christmas, the sheriff, Lloyd Luis came down here and told me Bread Hale had flown into the canyon and was due back at 11 o’clock that morning and he hadn’t returned. They were somewhat concerned about it, and asked me if I would go in there in a boat and look for him.” - Glen Wooldridge Sr.

(Through out the book all bold print is in Glen Sr. own words)

Re: A Christmas Story

This a is one complete chapter from The Rogue A RIVER TO RUN. It tells of a visit Glen made to his Aunt in 1909, I think the tale will leave you chuckling. 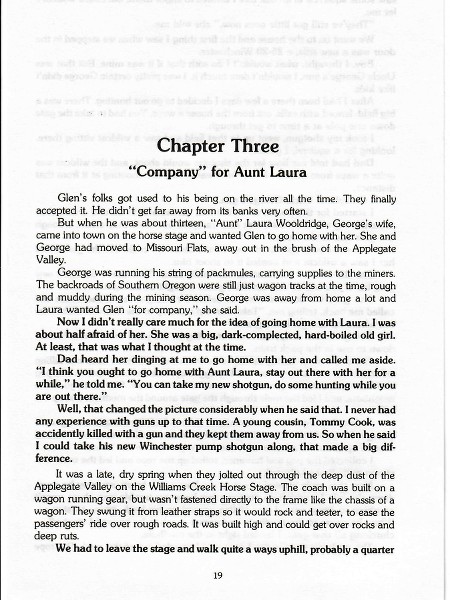 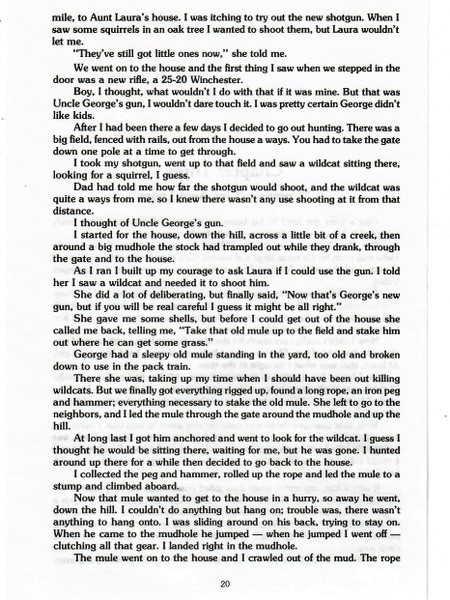 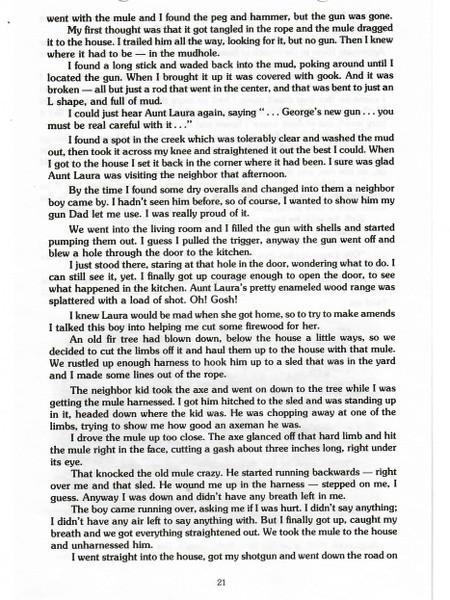 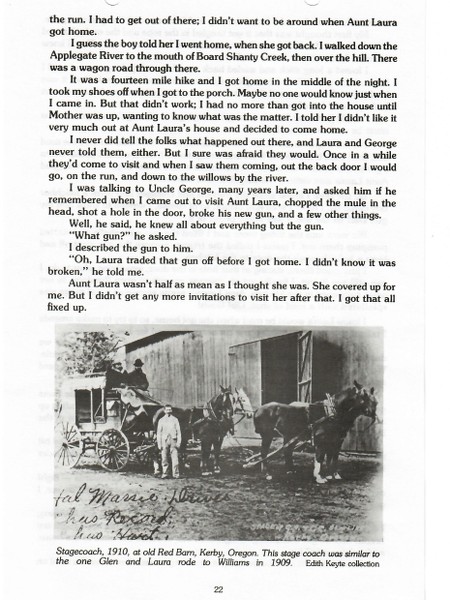 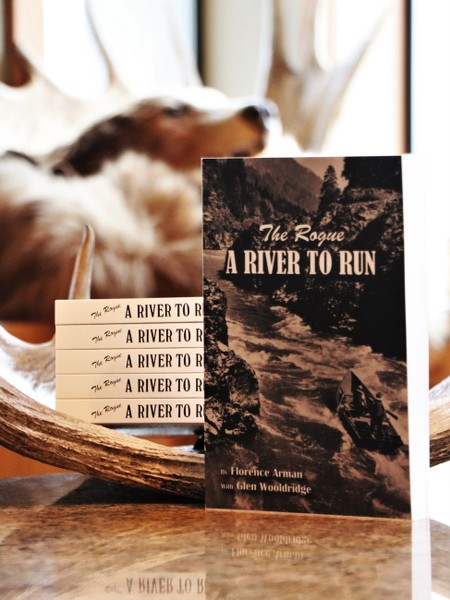 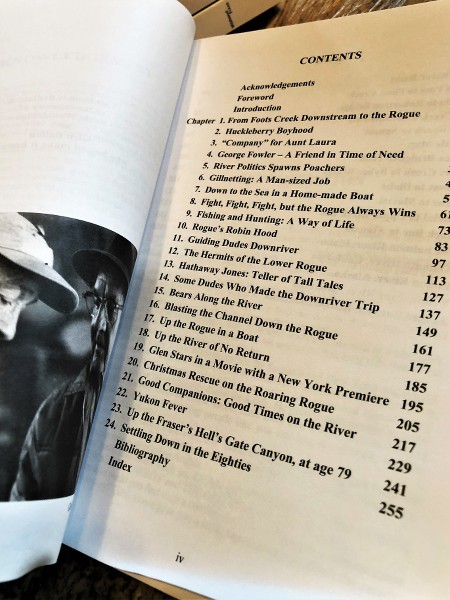 This is the story of a unique man. One of the definitions of unique in my dictionary is “being without a like or equal.“ That fits Glen Wooldridge to a T. He is a river man. There are none like him and I contend he has no equal. … He is the best storyteller I know. Most of this book is in Glen Wooldridge’s own words, the same stories that charmed his guests for more than 60 years on the Rogue River. Florence Arman has had the good judgment to leave them the way he told them. They can’t be improved upon.